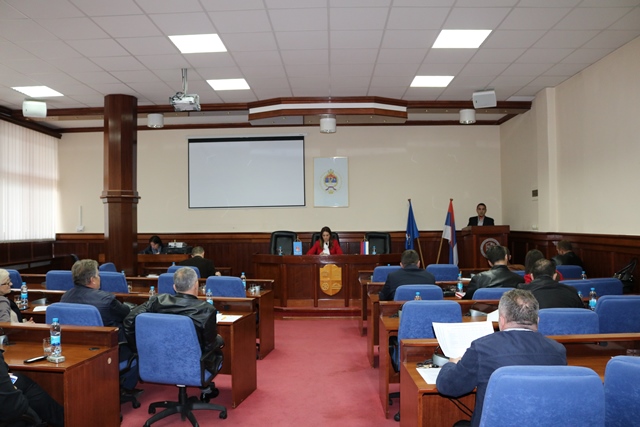 The seventh meeting of Economic Council of the municipality of Mrkonjic Grad was held on Friday, on May 20-th in Mrkonjic Grad. The members of the municipaliy discussed the results of the economy in the municipality of Mrkonjic Grad in 2015, they also talked about the public invitation of the Institute for employment which invites employers and unemployed people to participate in the employment projects . The aim of this meeting was also to invite employers, agricultural producers and unemployed people to participate in the program that stimulates the growth of Economic Development.

Tomislav Todorovic, mayor of Department of Economics and Finance explained that the commercial enterprises operated successfully last year and that the trend of successful business was continued in the first five months in 2016.

'' We could conclude that the economy in 2015 was more successful than it was the case in the previous period. Achieved income which amounted 230 million BAM marked the record income since the post war period. Expenses were also significantly increased , but still the profit remained the same as it was last year, 26 million BAM, '' said Todorovic. He added that there was also a significant growth in export activities.

''Thanks to RS Silicon, an enterprise which exports its entire production of metal-silicon on the West European market, we expect that the export will be ten times bigger this year'', explained Todorovic.

Todorovic pointed out that there was 3640 workers employed in the municipality of mrkonjic Grad in the month of April this year which is 70 workers more than it was in the same month last year.

Members of the Economic Council also discussed the public call which offers help to employers and unemployed people who are willing to use funding for projects relating to employment through the program of the Institute for Employment of the Republic  of Srpska and they also talked about the public call whose goal is to encourage Economic Development of the municipality of Mrkonjic Grad in 2016.